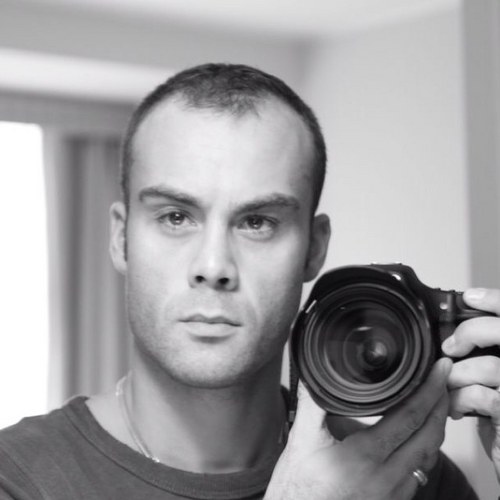 Franco Formica was introduced into the world of Dancesport at an early age. His first partner was Claudia Stork. Their partnership started in January 1988 in the category of Juniors 1. Their first competition was held on 25.08.1995, in Germany, the city of Mannheim. Given the fact that these were the first steps towards titles, the pair showed not a poor result - 4th place in the IDSF World Youth Latin Championships in Austria, the city of Wels. Actually, this event was the best achievement for all their joint career and the latest official joint entry to the floor. It was September 28, 1996.

The next partnership was Franco with Alice Marlene Schlögel (Alice Marlene Shlogel). Their joint partnership dates back to 1.01.1997 in the category Amateurs they represented Germany. The first joint tournament was IDSF International Open Latin 25.01.1997 held in Pforzheim, Germany. Over the three-year period of collaborative partnership, top-rated pair Franco Formica & Alice Marlene Schlögel won first place in the IDSF World Open Latin in Aarhus International Galla held in 1998, which was held in Denmark. Their partnership ended by tournament IDSF Amateur European Latin Championship, held 12.06.1999 in Helsinki, Finland.

A year later Franco met his next partner Oksana Nikiforova. In the life of Franco, Oksana appeared at the very moment when he was at the crossroads. Despite the fact that Franco held third place in the world ranking of Latin American dance program, at 21, he decided to end his dance career.

Oksana can talk a long time about his former partner: " Franco is very cheerful, friendly, there's not a drop of conceit, but he knows his worth. He never asserts himself at the expense of others. He is a kind, sincere, deep man. It is always interesting and fun with him. Franco and I were the best friends, and I can say without exaggeration that the relationship in our pair was just perfect".

Franco Formica & Oksana Nikiforova started dancing in the category of Amateur since January 1, 2000. They represented Germany since the first joint event held March 4, 2000, in Italy - IDSF Open Venezia Mestre. Their highest assessment was the first place in the IDSF International Open Latin (Gran Slam) VARD Masters Gala 2004, held in Germany, the city of Essen. It also became their last joint tournament. Partnership with Franco Formica lasted for long and happy five years. During this time, Oksana and Franco were three-time world champions. Despite the fact that the duo Formica-Nikiforov was loved by the audience very much, the couple finally decided to make a small pause in their career: "We danced very intensely, the tournament followed after the tournament. I and Franco lacked privacy. We were pleased with what achieved, and decided to stop for a while".

Despite the predictions of skeptics, tandem Franco Formica - Oxana Lebedewa literally broke into the ranks of the most renowned and popular couples in the world. During their joint performances they have collected a huge number of fans, very often the enthusiastic audience applauded them standing. Their own dance style is unique and diverse, which combines speed and flexibility. Jive, paso doble and Samba in their performance - is an unforgettable and unique beauty, rhythm, and sensuality shows. Looking at the expression on his face of the audience present in the room, whether it is a tournament or exhibition match, you realize that this couple has the talent, not to only dance, but also to win the hearts of people.

Franco Formica and Oxana Lebedew were some of the most popular and titled pairs Latin American program in the category of professionals of WDC. During the four years of partnership, they were the champions of Germany, bronze medalist of the World and Europe, as well as the winners of the largest British tournaments. The list of the titles of Franco and Oksana can be very long - they have left their mark in the history of dance and in the hearts of thousands of fans.

Many were surprised when Franco Formica and Olga Müller-Omelchenko, announced the formation of the duo. Then they announced their appearance on Blackpool Dance Festival, but then changed their minds, and now they can only be seen on exclusive demonstrations.

Of course, everyone in the audience expect from this output something really special on the dance floor and it happened. Nowadays, there are a lot of criticizing of the modern dance tends to be faster, trickery and with excessive flirting with the public at the expense of interaction with partners. Duet Franco - Olga combines the best qualities of dance that we saw on the floor 12 years ago, high-quality men's contemporary dance, and, of course, a perfect union with the music. 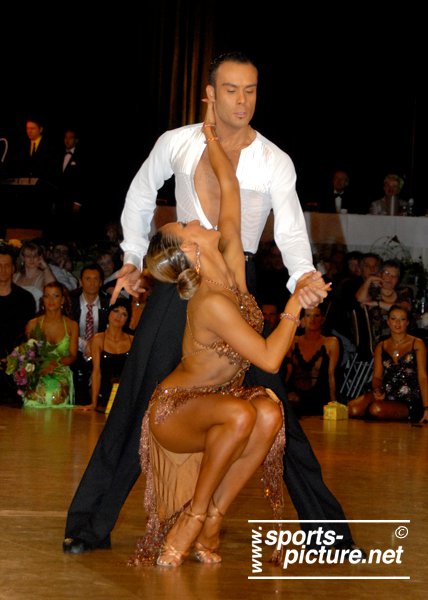 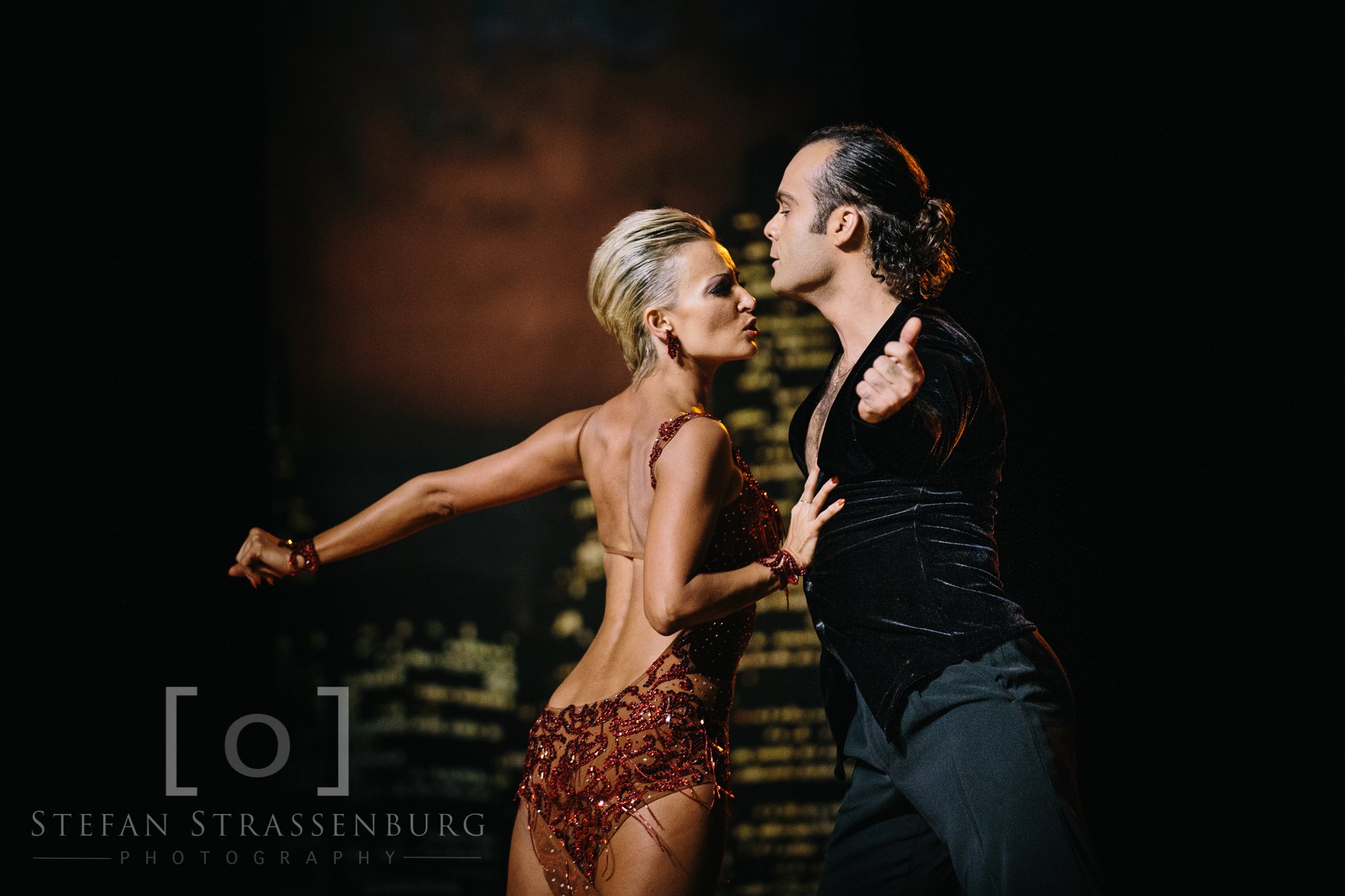 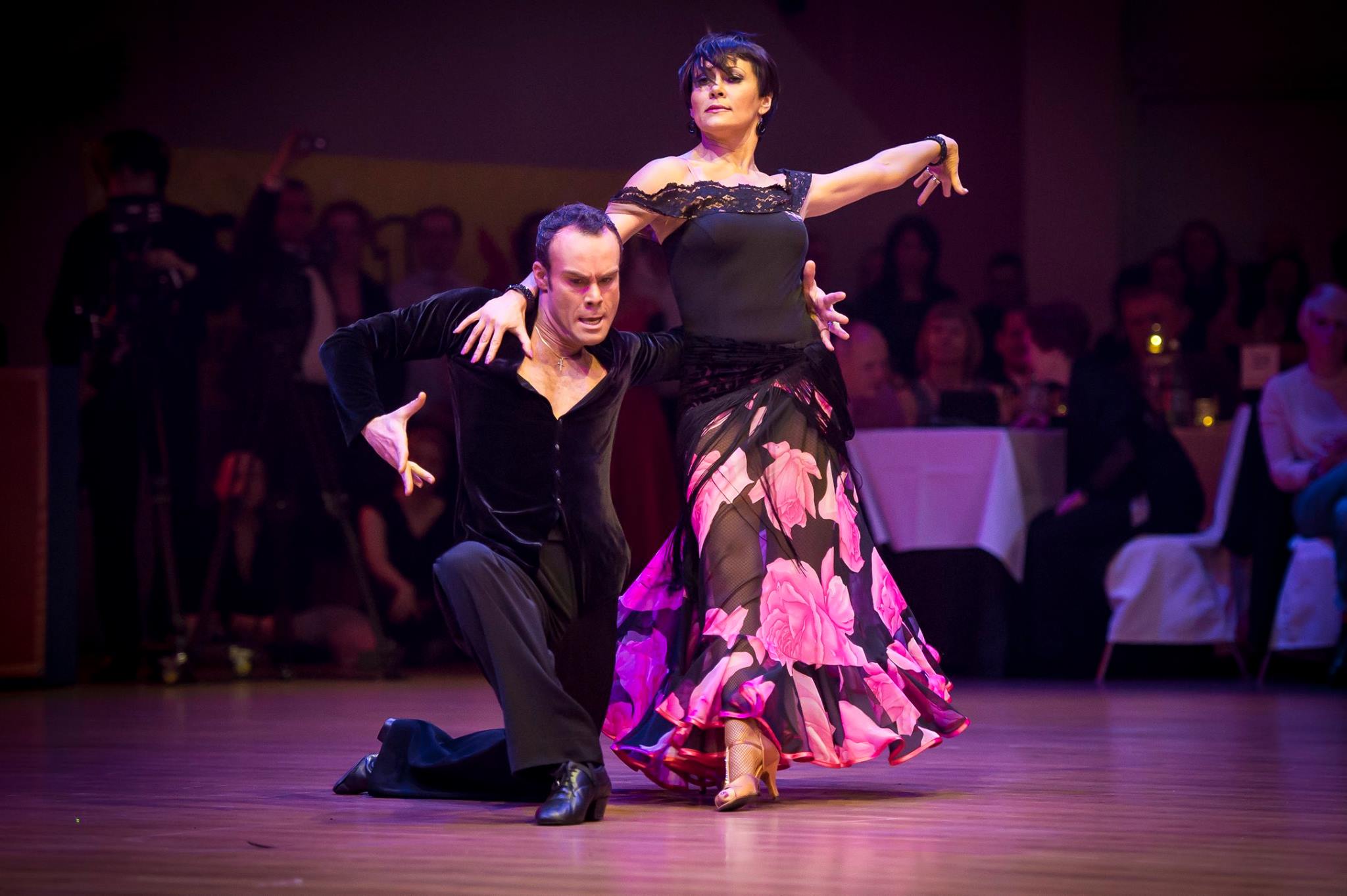 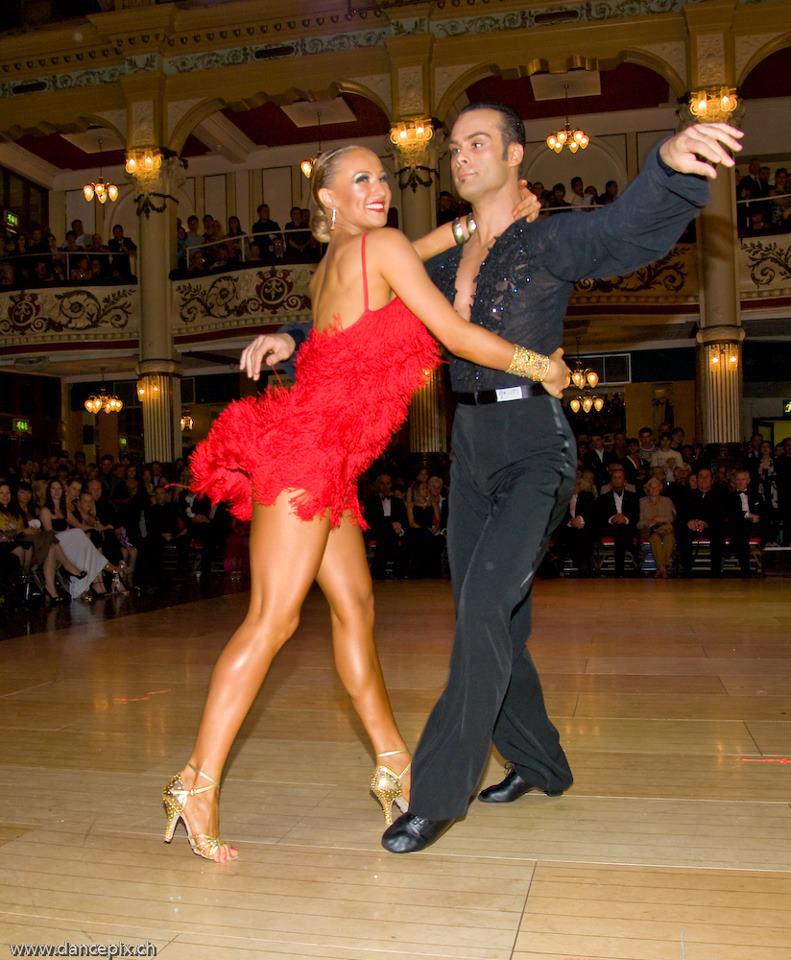 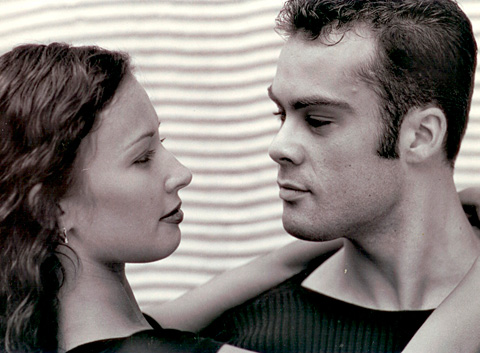 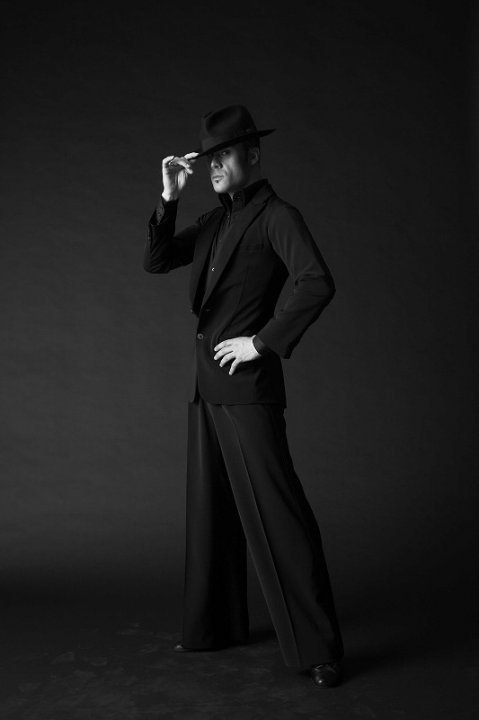 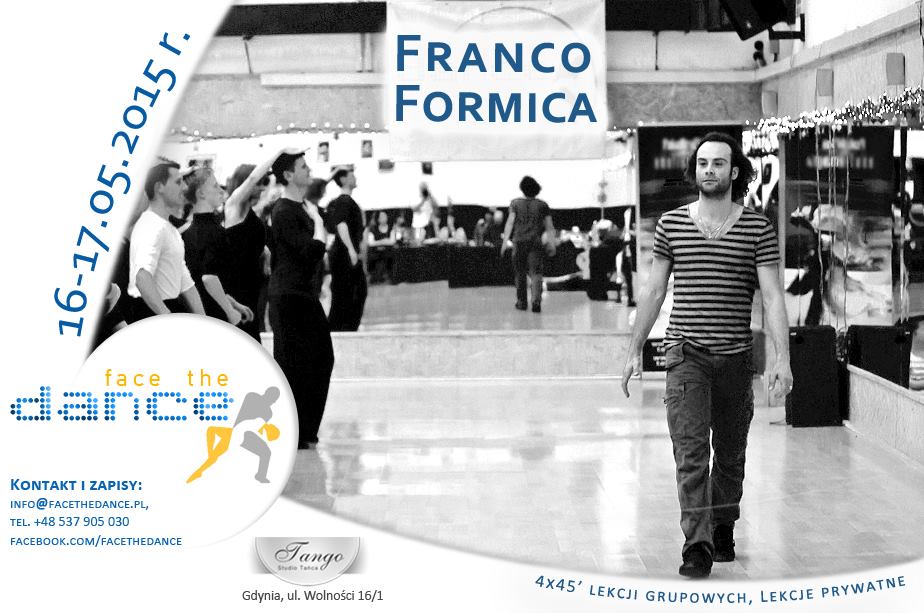 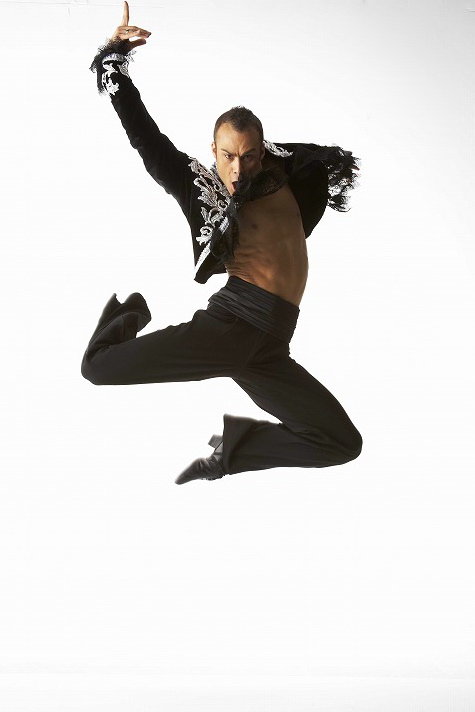 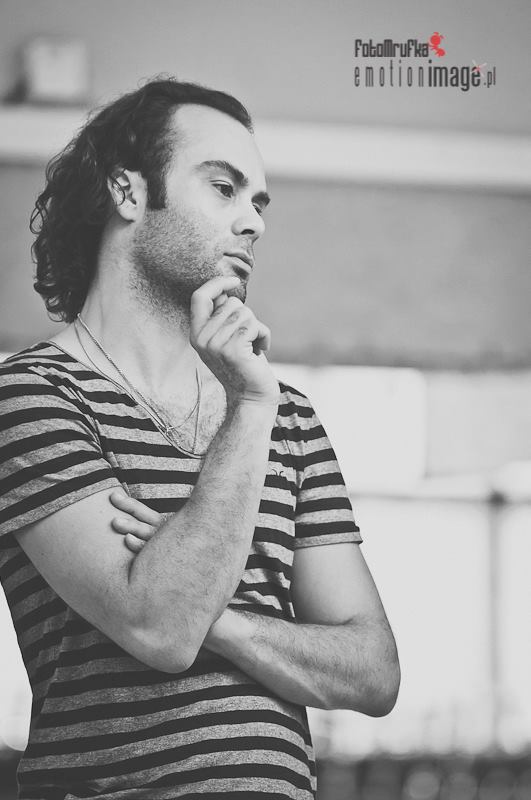 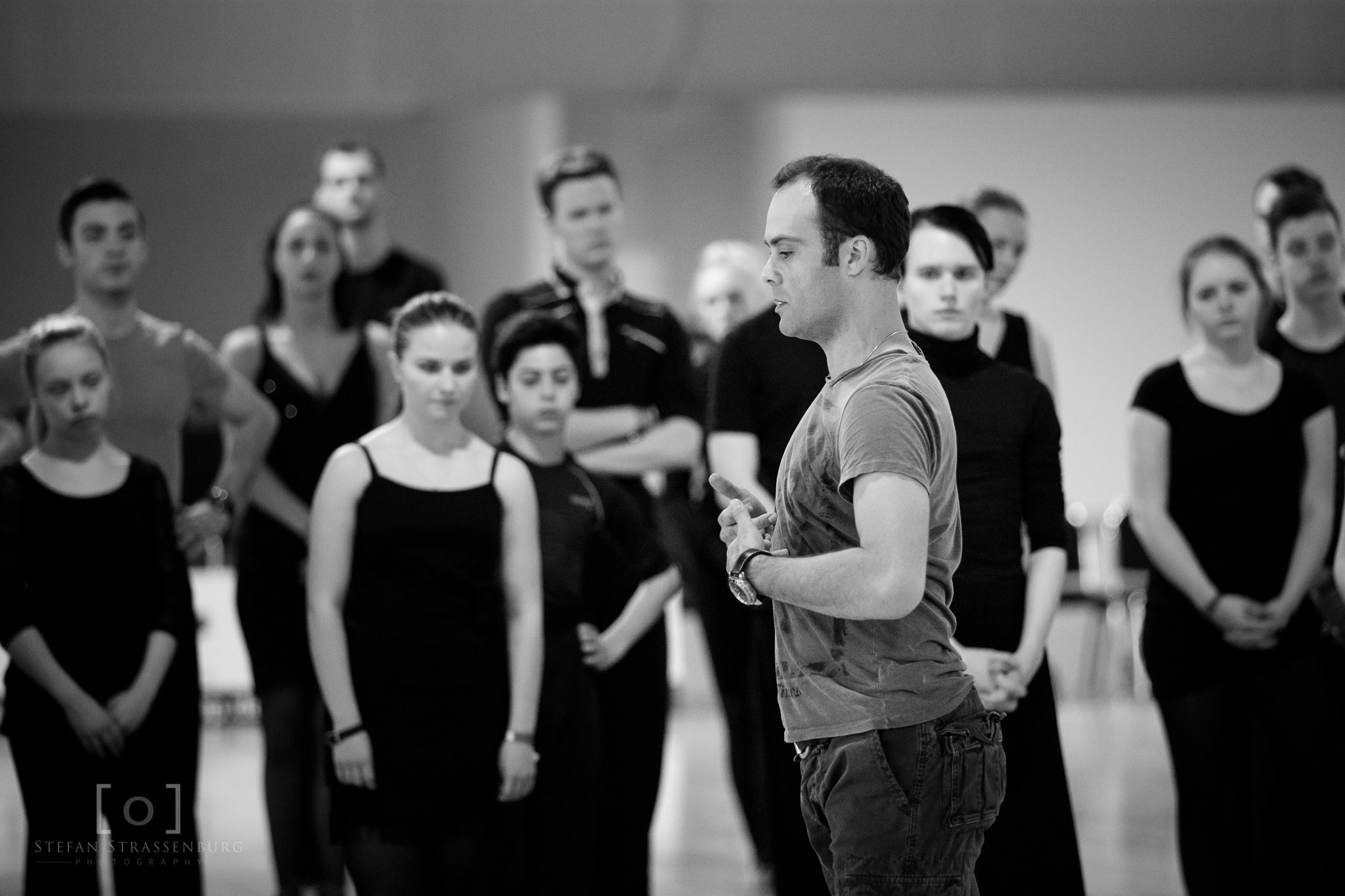 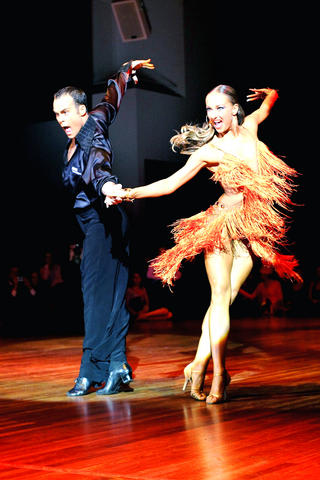 You can also search for Franco Formica to check for alternative titles or spellings.