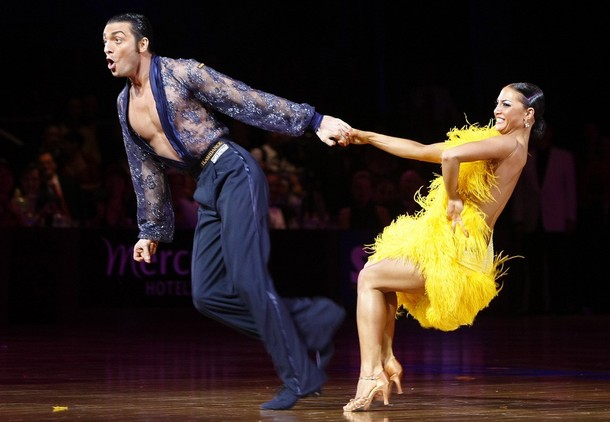 The Jive originated in the United States in the 1930's and refers to a style of ballroom dancing included in DanceSport categories of competition. African Americans began performing a series of steps to Swing and Rock & Roll music and therefore created what we know today as the Jive.
Contents [hide]

The Jive originated in the United States from African-Americans in the early 1930's. It was originally presented to the public in 1934 by Cab Calloway, an American jazz singer. It is a lively and uninhibited variation of the Jitterbug, a form of Swing dance. Glenn Miller introduced his own Jive dance in 1938 with the song "Doin' the Jive" which never caught on.

The Jive is one of the five International Style Latin dances. In competition, it is danced at a speed of 176 beats per minute, although in some cases this is reduced to between 128 and 160 beats per minute.

Many of the Jive's basic patterns are similar to those of the East Coast Swing. The only major difference is of the highly syncopated rhythm of the Triple Steps (Chasses).

The Jive was influenced by the Boogie, Rock & Roll, African/American Swing and Lindyhop.

American soldiers brought Lindy Hop to Europe around 1942, where this dance swiftly found a following among the young. In the United States, it was called Swing. In the UK, variations in technique led to styles such as the Boogie-Woogie and the Swing Boogie, with "Jive" gradually emerging as the generic term.

After the war, the Boogie became the dominant form of popular music. It was, however, never far from criticism as a foreign, vulgar dance. The famous Ballroom dancing guru, Alex Moore, said that he had "never seen anything uglier". English instructors developed the elegant and lively Ballroom Jive, danced to slightly slower music. In 1968, it was adopted as the fifth Latin dance in International Latin competitions. The modern form of Ballroom Jive danced from the 1990's-present is a very happy and "boppy" dance due to the lifting of the knees and the bending or the rocking of the hips.

The Jive is a very happy, boppy, energetic dance, with plenty of knee-lifting, bending, and rocking of the hips. The fastest of the International Latin dances, Jive incorporates lots of kicks and flicks, even twirling of the woman, and doesn't move around the dance floor like other dances. Although Jive dancers may appear to be moving their feet haphazardly in every direction, the feet are actually well-controlled under the body with the knees close together.

The Jive and the East Coast Swing share many figures, as well as the same music style and tempo. The basic look and feel of Jive is lots and lots of energy, with the legs portraying a pumping action. Both the East Coast Swing and the basic Jive consist of two triple steps and a rock step. The Jive differs in that the count begins with the rock step, which is counted "1,2." The two triple steps are counted "3 and 4" and "5 and 6."

The Jive can be danced to Swing music and Jump Blues in the tempo range of about 176 beats per minute. Depending on the style preferred, Jive can be danced to a variety of upbeat music including Boogie-Woogie, Swing and Rock & Roll. The most important thing for beginners is to get familiar with the rhythm of the music. Listen to the drum line rather than the melody as the drum provides the beat. 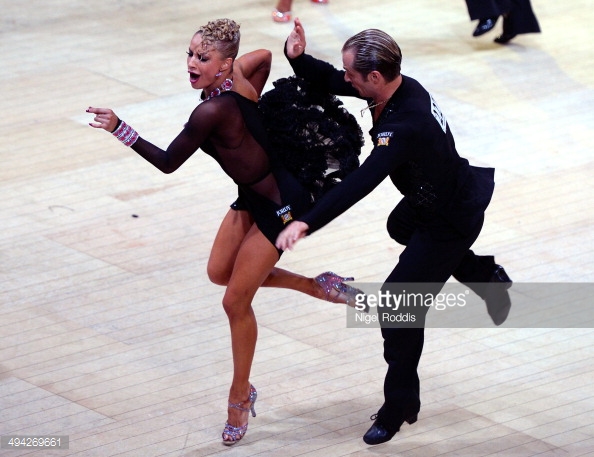 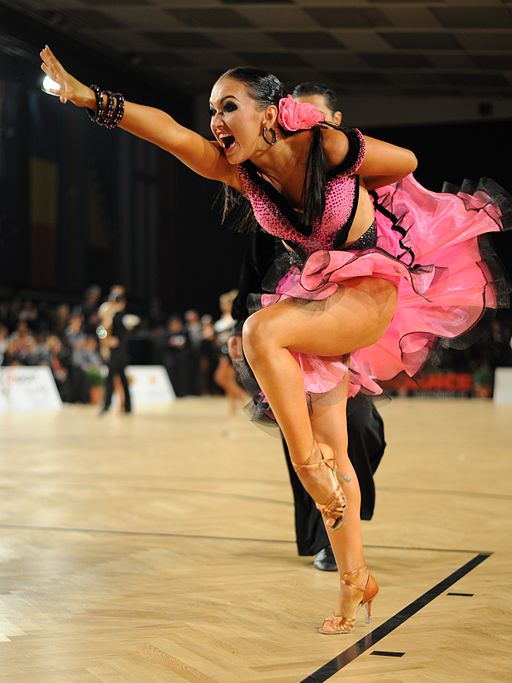 You can also search for Jive to check for alternative titles or spellings.