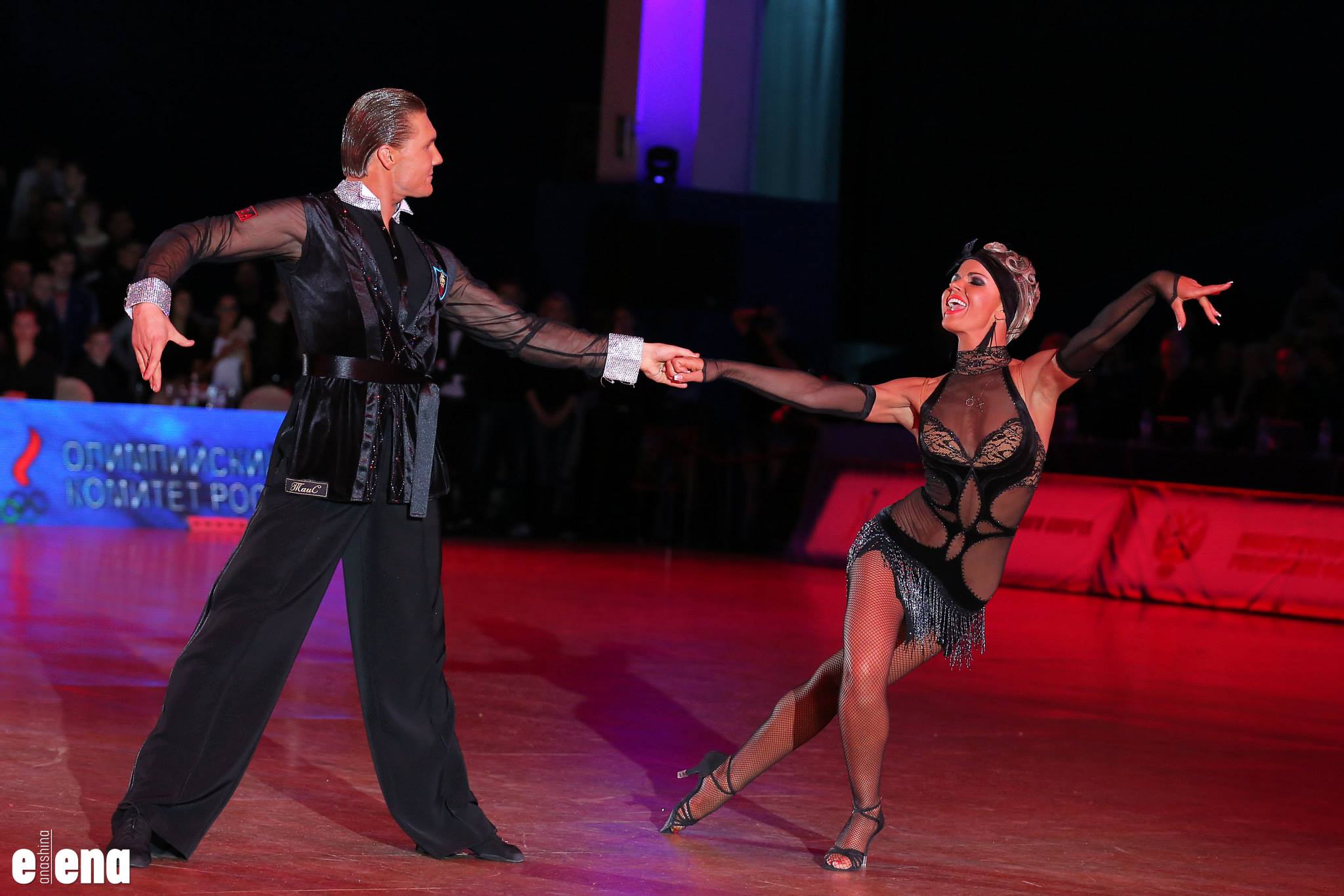 Choreography is the layout and design of a dance routine.

Choreography is the art or practice of designing sequences of movements of physical bodies (or their depictions) in which motion, form, or both are specified. It is the act of designing dance.
Contents [hide]

The word choreography literally means "dance-writing" from the Greek words "χορεία" (choreia - circular dance) and "γραφή" (writing). It first appeared in the American English dictionary in the 1950's, and "choreographer" was first used as a credit for George Balanchine in the Broadway show "On Your Toes" in 1936. Prior to this, stage credits and movie credits used phrases such as "ensembles staged by", "dances staged by", or simply "dances by" to denote the choreographer. A choreographer is one who creates choreographies by practicing the art of choreography, a process known as choreographing.

In dance, choreography is the act of designing dance, which is done by a choreographer.

Aspects of dance choreography include the compositional use of organic unity, rhythmic or non-rhythmic articulation, theme, variation, and repetition. The choreograhic process may employ improvisation for the purpose of developing innovative movement ideas. In general, choreography is used to design dances that are intended to be performed as concert dance.

The art of choreography involves the specification of human movement and form in terms of space, shape, time and energy, typically within an emotional or non-literal context. Movement language is taken from the dance techniques of ballet, Ballroom Dance , contemporary dance, jazz dance, hip hop dance, Folk Dance, techno, k pop, religious dance, pedestrian movement, or combinations of the listed.

Dances are designed by applying one or both of these fundamental choreographic methods:

Techniques in Choreography for Two or More Dancers

Movements may be characterized by dynamics, such as fast, slow, hard, soft, long, and short.

Levels: Movements can be performed at different levels. We can describe these as high-middle-low or vertical-horizontal-oblique. As the level changes, the dancer can support himself or herself on different body parts to create different effects.

Scale: Positions and movements can be performed on a small to large scale. In small-scale actions, the limbs and torso are drawn inward: they contract, flex, fold and bend. In large-scale actions, they extend and stretch out to their fullest length. Think of contrasting shapes that are angular-curved-straight, shrinking-expanding or contracted-extended. As an example, classical ballet positions most often use elongated lines and curves, whereas modern dance includes a range of shapes from contracted to extended.

Geometric Forms: Basic geometric forms include straight lines or rows that extend from wing to wing or from upstage to downstage. Choreographers may modify these by changing the direction the dancer faces or by adding turns. In addition to horizontal patterns along the stage floor, choreographers explore vertical space through movements like lifts and jumps.

Symmetry/Asymmetry: Spatial patterns, like body shapes, may display symmetry or asymmetry, suggesting stability and equilibrium versus irregularity and imbalance. Choreographers use these devices to evoke strong or weak dramatic effects. For example, placing a dancer at the center of center stage makes a strong impact, as does moving a dancer along a straight line from upstage center to downstage center. The diagonal line from upstage left to downstage right makes the longest line on stage and is also a strong path. The choreographer experiments with these different spatial forms to underpin the idea or feeling being expressed.

Scale: The scale of a dance can be large, making use of the entire performance area, or small, concentrating activity in a few areas only. An expansive design in space uses as much of the stage as possible, whereas a constricted pattern is confined to a limited part of the stage.

Tempo: Tempo, or speed, may be described in musical terms like adagio, moderato and allegro, or in phrases like slow motion, medium or moderate speed, and fast or high speed. Tempo can be either steady or changeable, that is speeding up and/or slowing down.

Meter: Meter refers to the organization of beats into bars with strong accents on the downbeat followed by lighter accents. In musical terminology, this is called the time signature. Dancers sense meter as a recurring rhythmic underpinning. In dance, we talk of movement phrases, which dancers may or may not count in musical beats corresponding to bars.

Rhythm: Rhythm refers to the pattern and emphasis of beats and sub-beats in a phrase. The rhythmic accent may be regular, following the strong beat of the musical bar, or syncopated, shifting to the weak beat. Percussion accompaniment best emphasizes the rhythmic element in dance. Choreographers may work with the musical rhythm to accentuate the shape of a dance phrase, or against it to juxtapose aural and visual effects. They may create movements that correspond with the start and end of a musical or sound phrase, or those that cross phrases.

Weight (Strong/Light): The weight factor reflects how the dancer actively uses his or her body mass, on a continuum from strong to light. A strong action has the full mass of the body behind it; it's rooted and grounded. A light action has the body moving in a lifted and rarefied way. Weight-related action words include: force, power versus delicacy, finesse.

Time (Sustained/Sudden): The time factor reveals the dancer's attitude to time on a continuum from sustained to sudden. This is not "clock time" in the sense of seconds versus hours or fast versus slow. It's rather a feeling of having all the time in the world to indulge in a sustained movement, or sensing an urgency to complete a sudden one. Time-related action words include: luxuriating versus rushing.

Space (Direct/Indirect): The space factor reflects how the dancer moves in space on a continuum from direct to indirect. Direct actions take the shortest path to their destination whereas indirect actions detour and meander en route. Space-related action words include: unswerving, undeviating versus roundabout, circuitous.

Flow (Bound/Free): The fourth factor describes the flow of movement on a continuum from free to bound. A bound movement is one of careful precision; it's highly controlled and can be stopped at any moment. Think of threading a needle. A free movement proceeds unopposed and unrestrained. Think of a child spinning with abandon. Fluctuations in flow produce oscillating, vibratory motion. Flow-related action words include: constrained, guarded versus uninhibited, unconstrained. 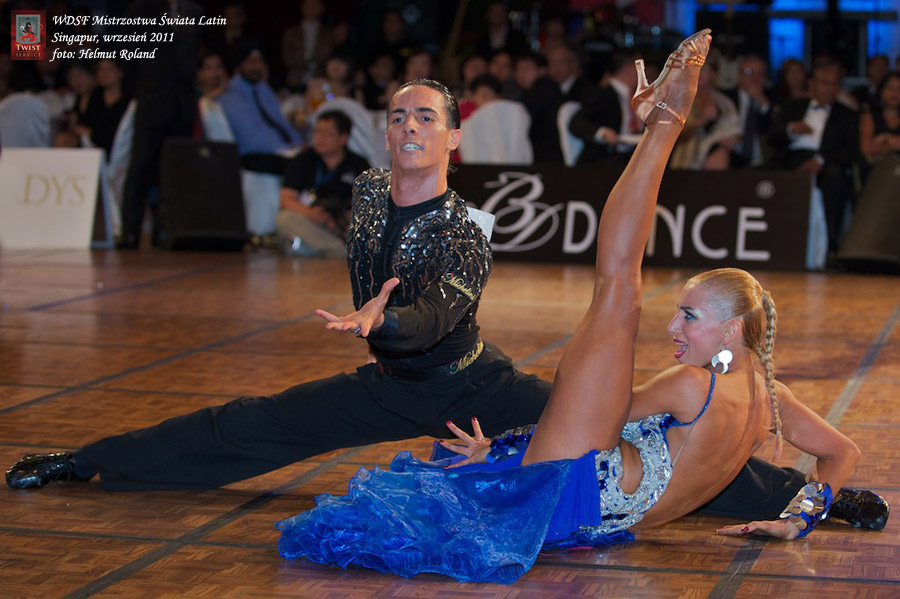 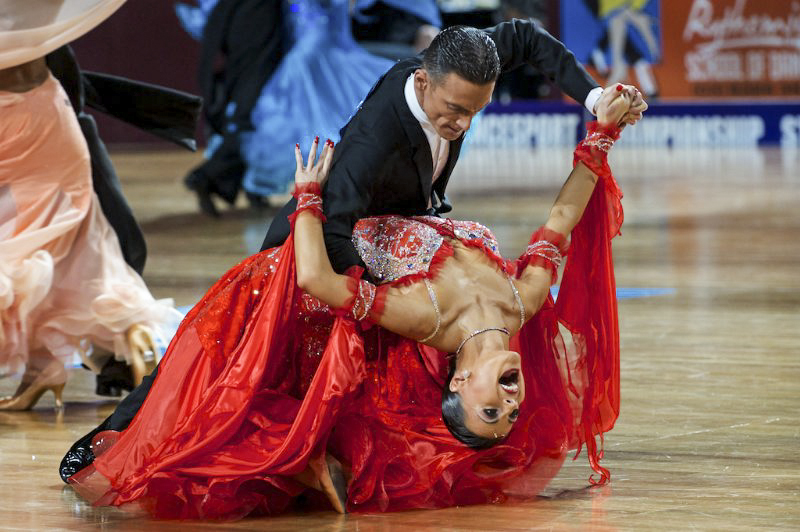 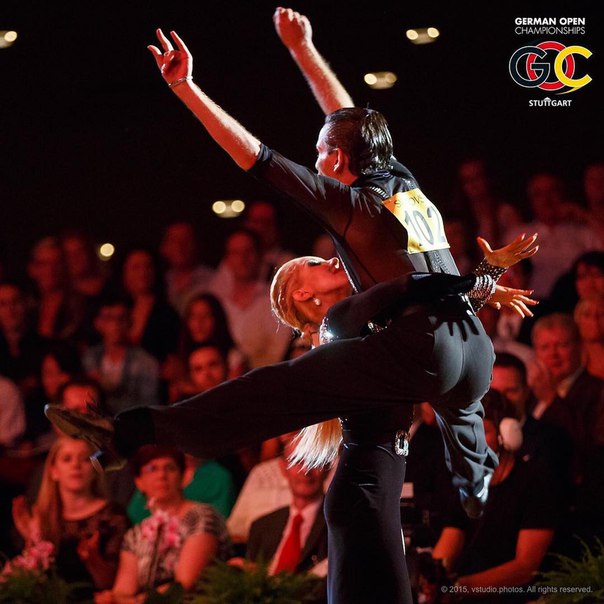 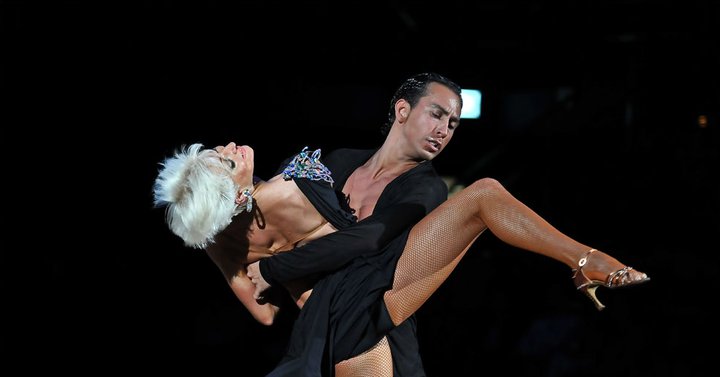 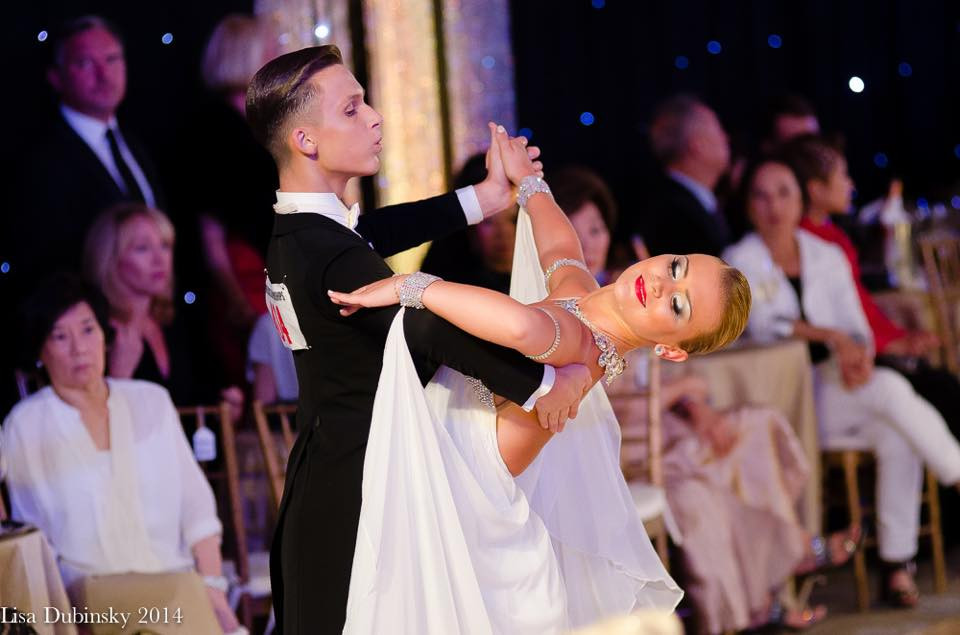 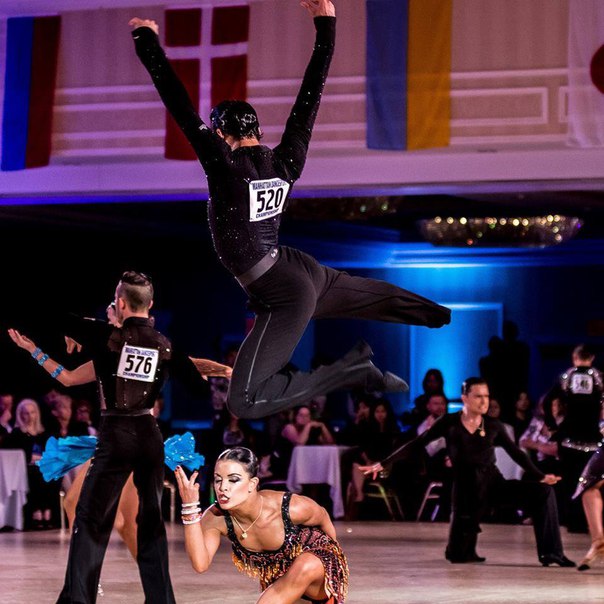 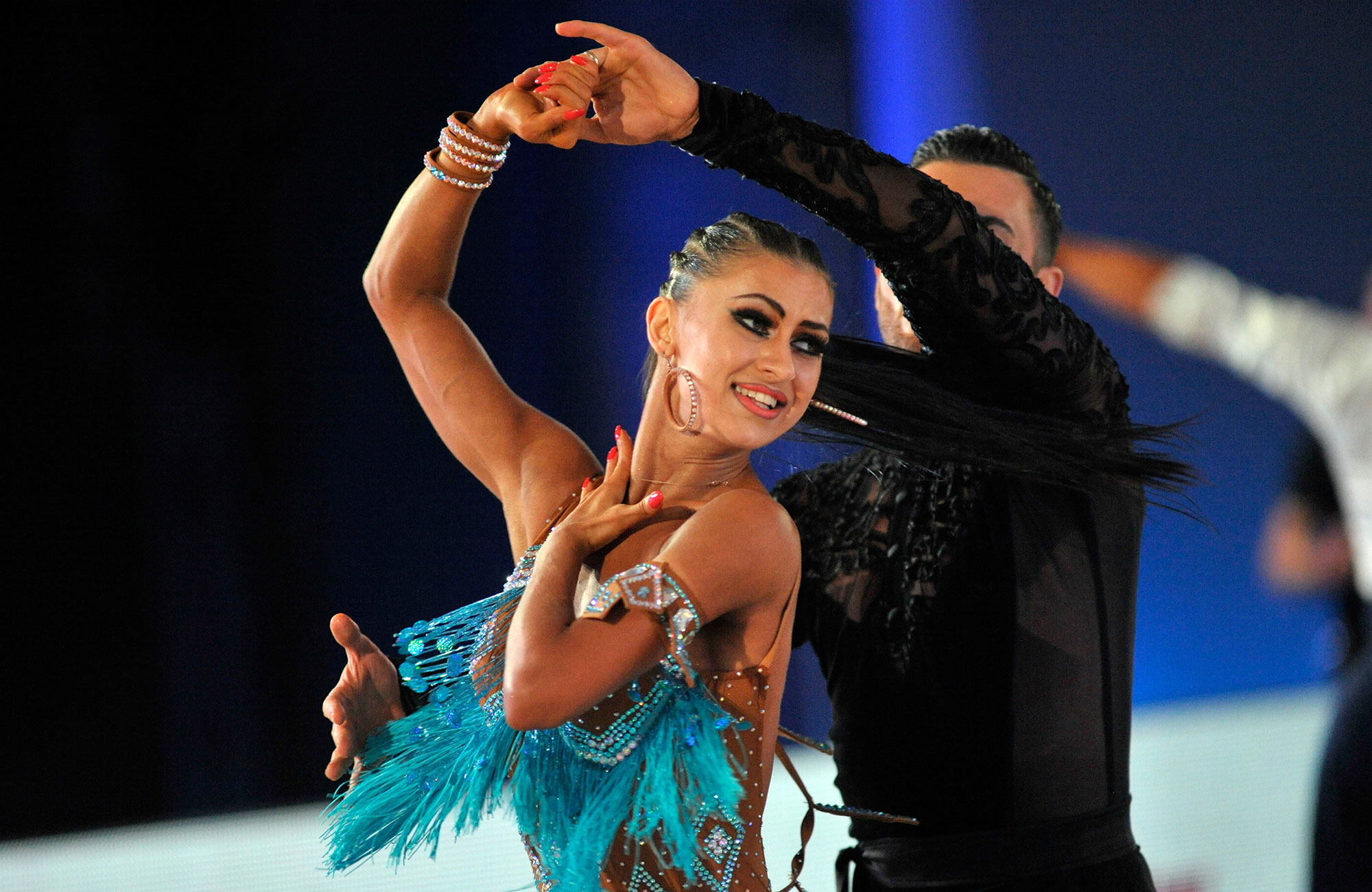 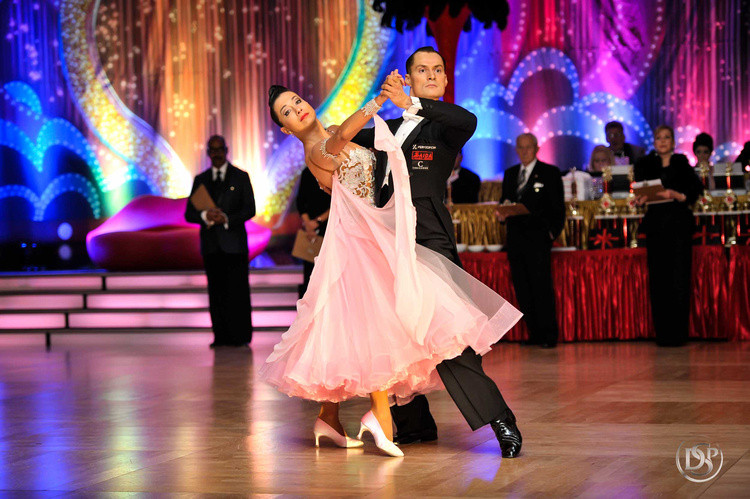 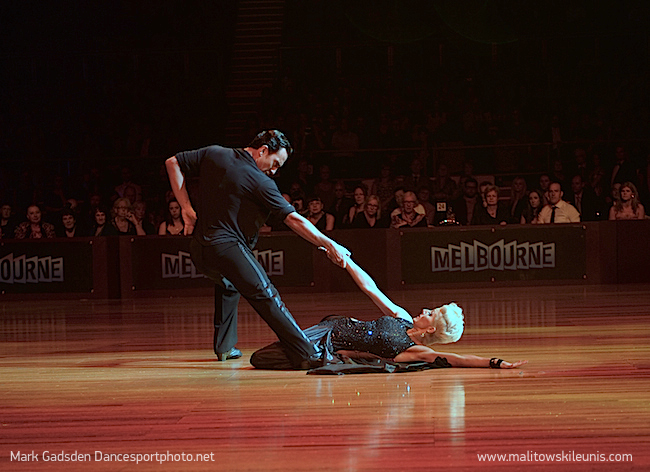 You can also search for Choreography to check for alternative titles or spellings.