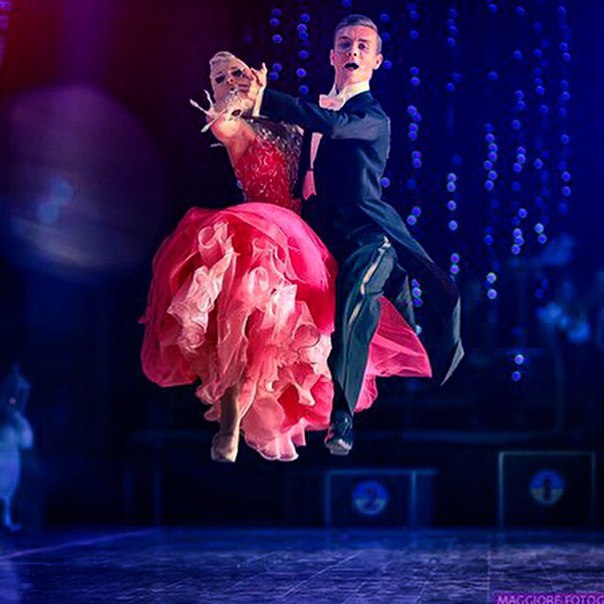 The Quickstep is one of the five International Style Standard Ballroom Dances. The movement of the dance is fast and powerfully flowing, sprinkled with syncopation. The upbeat melodies that Quickstep is danced to make it suitable for both formal and informal events.
Contents [hide]

This dance might be termed the "joy" dance of modern dancing. While the basic figures are quite simple, the tempo of the music and the whole character of the dance seem to invite a carefree interpretation of its bright rhythm. The beginner will find the basic steps easy to learn and easy to fit the music. The advanced dancer will discover that the music lends itself to an infinite variety of steps.

The dancer who masters the fundamentals of the Quickstep will have command of a dance that can never grow stale, a dance that is unquestionably the most attractive expression of rhythm the world has ever known.

The Quickstep was originally a march that became popular around the year 1850. It was mainly used to celebrate Presidents, the military, Exhibitions, Regiments, Heroes, etc. It was basically used as a type of propaganda and morale music as well.

Developed during World War I in suburban New York, the Quickstep was initially performed by the Caribbean and African dancers. It eventually made its debut on the stages of American music halls and immediately became popular in Ballrooms.

1925 began the Charleston fever and it had a lot of influence on the development of the Quickstep. The English developed the Quickstep from the original Charleston as a progressive dance without kicks and mixed in the fast Foxtrot. They called this dance "the QuickTime Foxtrot and Charleston".

As Quickstep is English in origin as well, it was standardized in 1927 at the Star Championships. The English couple Frank Ford and Molly Spain danced a version of the QuickTime Foxtrot and Charleston without the characteristic Charleston knee actions and made it dance for two instead of a solo.

There was a debate as to why this dance became so popular in Britain. It has been thought that the Quickstep was Britain's answer to keeping warm indoors during the winter. It is a proven fact that the energy exerted while dancing a 60-second Quickstep is equivalent to running a mile in record time!

Other than the Foxtrot and the Charleston, the Quickstep also evolved from a combination of The Chase G Chug, the Shag, the Peabody, the One Step, the March, and the Black Bottom and merged all together to make the Quickstep dance of today.

Elegant, smooth, and glamorous, Quickstep dancers are energetic while appearing extremely light on their feet. It should appear that the feet of the dancers barely touch the ground. Much like the Foxtrot, dancers should strive for elegance, being a very form-intensive dance. Upper body posture must be straight and strong throughout each movement.

While it evolved from the Foxtrot, the Quickstep now is quite separate. Unlike the modern Foxtrot, the man often closes his feet and syncopated steps are regular occurrences (as was the case in early Foxtrot). Three characteristic dance figures of the quickstep are the chassés, where the feet are brought together, the quarter turns, and the lock step.

This dance gradually evolved into a very dynamic one with a lot of movement on the dance floor, with many advanced patterns including hops, runs, quick steps with a lot of momentum, and rotation.

The tempo of quickstep dance is rather brisk as it was developed to ragtime era jazz music which is fast-paced when compared to other dance music.

By the end of the 20th century, the complexity of Quickstep, as exhibited by advanced dancers, had increased due to the extensive use of syncopated steps with eighth note durations. While in older times Quickstep patterns were counted with "quick" (one beat) and "slow" (two beats) steps, many advanced patterns today are cued with split beats, such as "quick-and-quick-and-quick, quick, slow", with there being further steps on the "and's".

The American Style dance competition program does not include Quickstep, but a limited version of the dance is taught. Social Dancing in some American dance venues may showcase Quickstep as well. 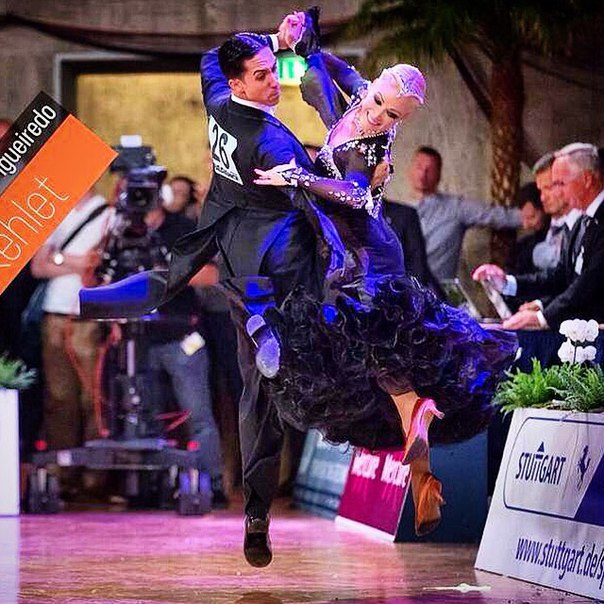 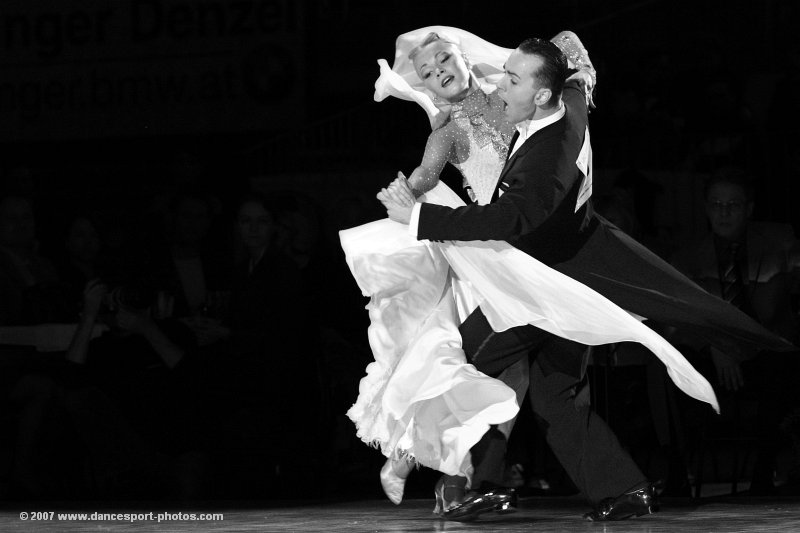 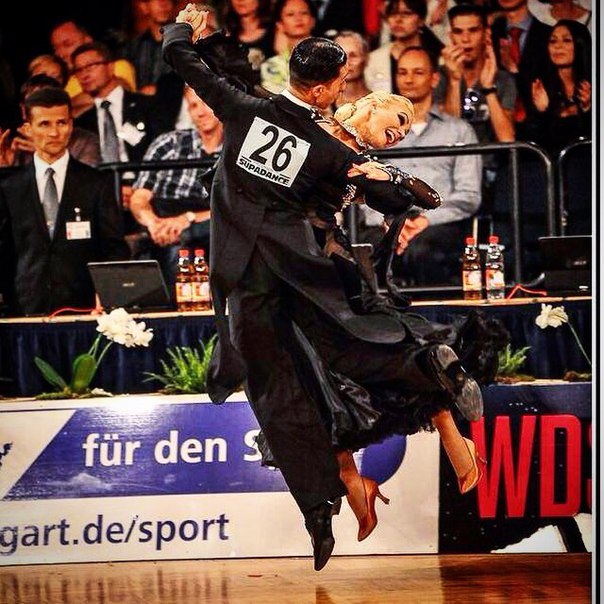 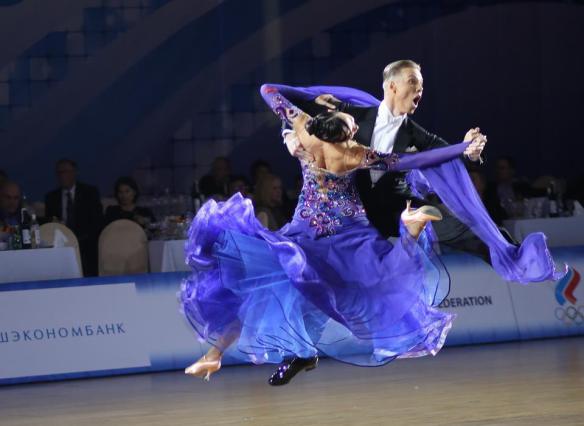 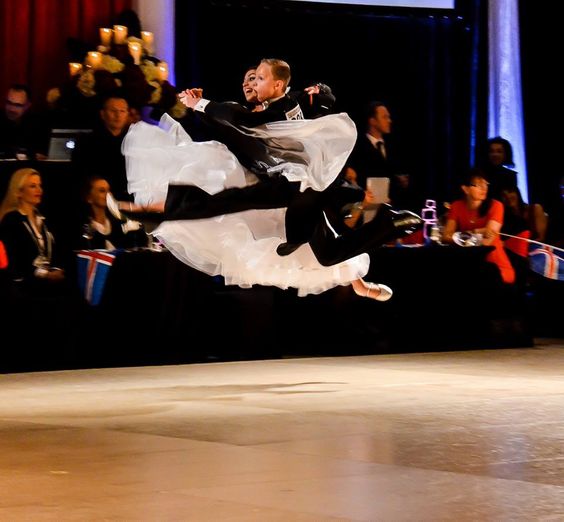 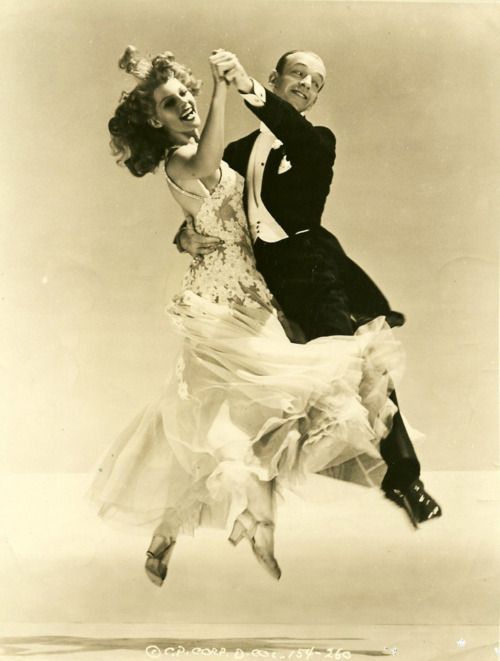 You can also search for Quickstep to check for alternative titles or spellings.